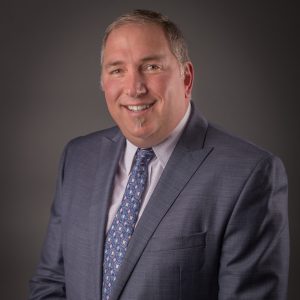 Born and raised on the Jersey Shore, Dr. Eric J. Abrams graduated from Ocean Township High School. He completed his undergraduate studies with a Bachelor of Science in Natural Science and Biology from Muhlenberg College.  At Muhlenberg College, Dr. Abrams was also active in the athletic program, as a placekicker for the varsity football team. Following his undergraduate years, he attended William Scholl College of Podiatric Medicine (formerly the Illinois College of Podiatric Medicine) in Chicago, Illinois. After completing his medical schooling and obtaining his D.P.M. degree, he went on to complete a 24-month podiatric surgical residency with a focus on reconstruction of the foot and ankle, performing or assisting in over 1,000 procedures during this 24 month span at the Franciscan Health System of NJ’s St. Mary Hospital, Hoboken, NJ. During his training, he served as co-chief resident in his final year.

Dr. Abrams opened a private practice in 1993 in Eatontown, NJ, and opened an additional office in Toms River in 2005. He is on staff at Monmouth Medical Center, Long Branch, NJ,where he serves as an Attending Physician, Dept. of Surgery. He also is on staff at Jersey Shore University Medical Center in Neptune, NJ, and Advanced Endoscopy and Surgery Center, Eatontown, NJ.

Dr. Abrams resides in Monmouth County, NJ.  He is an active community member, having been active in youth sports, including having coached Little League baseball and currently coaching youth travel soccer within the Ocean Twp. United Soccer Association and Wall Soccer Club where he coached his team to a NJ State Cup Championship. His understanding of youth sports and the rigorous demands it puts on the developing bodies of our children is very extensive. He also can be found participating in various charity and other community-based activities.